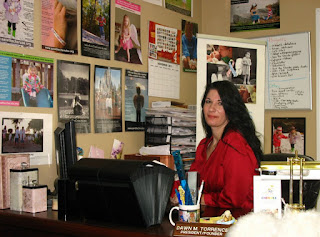 This week CHERUBS President and Founder, Dawn Torrence Williamson, will be speaking to CDH surgeons and researchers at the International CDH Workshop at Sophia Children's Hospital in Rotterdam, Holland.   An event to showcase the latest in Congenital Diaphragmatic Hernia Research and results from the CDH Study Group, this is a wonderful opportunity for the world's largest CDH charity to share our information and services and to learn how we can better work with researchers worldwide.

Research being presented this year includes:

Jay Wilson, Boston, USA
CDH; my personal “toy”; why I still do not understand CDH

Heleen Kool: Pericytes play a central role in pulmonary hypertension and the origin of CDH

Kim Schilders: An in vivo approach to determine the dynamic Sox2 interactome of the developing lung

Martin Post, Toronto, Canada
Of mice and men: relevant for injury and repair?

Noriaki Usui: Relationship between the L/T ration and the O/E LHR in fetuses with congenital diaphragmatic hernia

Philip DeKoninck: The use of speckle tracking in cardiac function assessment in fetuses with congenital diaphragmatic hernia

Anouk Deden: Exploring the use of nanoparticles to deliver microRNAs for prenatal therapies

Osamu Kimura: The way to shorten the postoperative intubation period in neonates with congenital diaphragmatic hernia

Ryo Ishii: The impact of intravenous administration of prostacyclin for congenital diaphragmatic hernia

Kouji Nagata: The current profile and the future perspectives of congenital diaphragmatic hernia – A nationwide survey in Japan

Hanneke IJsselstijn, Rotterdam, the Netherlands
Structured follow up; does it help the individual patient?

Kirsten Lyons: The effects of a sustained flexed position in supine on a CDH infant displaying reduced spontaneous movements against gravity: a case report

Marjolein Spoel: 3He MRI in young adults with congenital diaphragmatic hernia: alveolar size differences between the IPSI- and contralateral lung

Also speaking is Onno Zwart, founder of En Stitching Hernia Diafragmatica, a Netherlands based CDH charity that was also founded in 1995.  Onno and his wife, Sigrid, have lost 3 cherubs to CDH and are long time members of CHERUBS.  In 2000, Onno visited the United States to attend CHERUBS first conference in Orlando (photo below), the first of many other CDH charity leaders we have welcomed to our events.  13 years later, Onno and Sigrid are hosting us for the CDH Workshop in Holland.

We are very grateful for this speaking opportunity and look forward to sharing information with CDH families, as well as our speech, when we return. 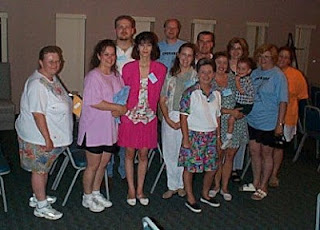 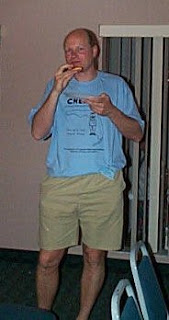 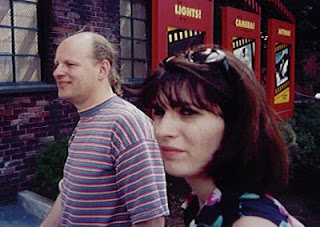 Onno and Dawn at Disney, 2000
(we will get better photo this year) 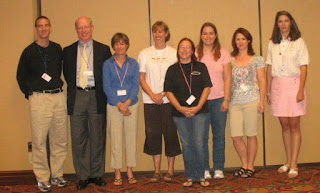