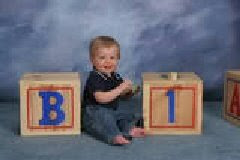 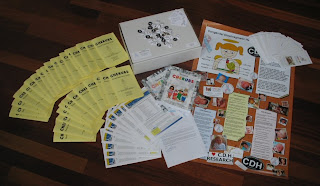 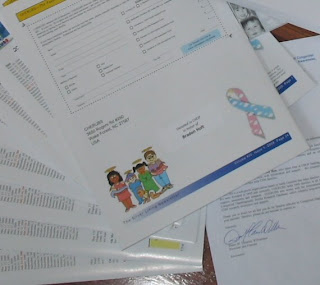 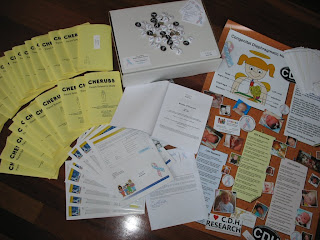 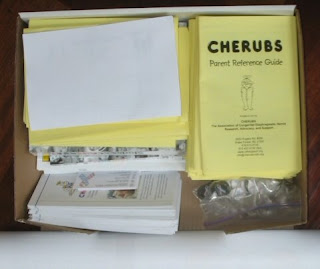 For more information on our Adopt A Hospital program, please visit http://www.cdhsupport.org/donate/hospitaladopt.php

Braden was due to arrive on March 19th, 2008. We were anxiously awaiting the arrival of our second child, our first boy. Our daughter Brooke, a week shy of her fourth birthday, couldn’t wait to be a big sister. After an uneventful pregnancy, Braden arrived six days early on Thursday, March 13th, 2008.

The moments after his birth seemed normal. He arrived alert with his eyes open ready to greet the world. My husband cut the cord and his nurse took him to be cleaned. We heard him cry. He was swaddled. It was then that that nurse told me she didn’t like his breathing. She let me visit with him for a minute and he was placed in my arms. Our visit lasted a few seconds as we realized he was not weighed. The nurse unwrapped him, placed him on the scale, told us he weighed seven pounds and six ounces, and took him away to the nursery.

At this time I was still in the birthing room with my husband and my mother. My labor nurse explained that Braden was probably having some transitional breathing problems. We weren’t worried about anything. Braden has made his entrance to the world, the fast and painful labor was behind me, and soon we would be bringing our beautiful daughter to meet her baby brother. My labor nurse kept coming in to say that she would send a doctor in to talk to us but that never happened. She had to deliver the devastating news herself. Braden needed surgery.

We could barely comprehend what we heard. We knew he was going to be transported to The Children’s Hospital of Philadelphia (CHOP). Although we were told, we had no idea what was wrong with our son other than that he needed surgery to correct something with his intestines. I was taken to a recovery room. My husband, mother, and I were able to get to the nursery to see Braden before they transported him by helicopter. We just cried as the nurses were helping him breathe. We tried to be strong, we told him to fight, and then we kissed him for the first time. After our short visit he was on his way.

There was not room on the helicopter for my husband. We returned to my room still in shock. We were still trying to understand what was wrong Braden. How could someone so perfect on the outside have something wrong on the inside? I was told I could be released whenever I wanted but my mother insisted I stay in the hospital for at least one night. It was determined that my husband would return home, break the news to our daughter and the rest of our family who thought Braden arrived healthy, and immediately drive to CHOP to be with our son. Luckily, Philadelphia is only an hour away from our home.

The next few hours were spent trying to understand what was going on with my son. I knew he had arrived safely at CHOP. I knew he was stable and most likely going to have surgery the next day. Many doctors came to visit me and my obstetrician said you are going to hear “CDH” a lot. That was the first time I actually heard Braden’s diagnosis as he explained that “CDH” stood for Congenital Diaphragmatic Hernia. I had never heard of it before. Everyone that came to see me kept saying things like, “My prayers are with you” or “I’ll be praying for your son.” I didn’t understand why everyone was praying; I thought they were just trying to be nice. After all, I was a mother in a maternity ward without a newborn. Why did my son need prayers? Nobody told me he had anything seriously wrong with him. He simply needed to have his intestines fixed.

There was no time to be emotional as my daughter arrived at noon for visiting hours. I didn’t want her to see my fear. She understood that her brother had a “boo-boo” that needed to be fixed but she really wanted him to be with me in the hospital. After all, every big sister book we read to her happened that way. One of the pediatricians from the practice I take my kids to came in to check on me. She also offered her prayers. By this time I was used to politely saying thank you. She then said something that shook me. She said, “It’s really hard to say how these babies will do.” I didn’t hear exactly what came next but it was something about lung function. Suddenly, I realized why everyone was praying. Braden’s condition was very serious.

I tried to remain positive, as the reports I was receiving from my husband on Braden’s condition were good. My husband was becoming the expert on CDH and was told all about ECMO and his diaphragm repair. We tried not to think about how long he would remain in the NICU. We just wanted our son to have his surgery and start on his recovery so we could bring him home. We refused to look up any information on CDH and put our trust in the doctors who were caring for Braden.

I was released from the hospital the next morning and my father drove me to CHOP in time for Braden’s surgery. It was so difficult to see him on the ventilator but his nurse, Laura, explained everything and made the situation a lot less scary. She had him all prepped for his surgery and would be with him throughout the procedure. My husband and I stayed with Braden as all the equipment for his repair was wheeled into the NICU. We couldn’t believe they were bringing the surgery to him in the NICU. He didn’t have to be moved at all! His surgery was a success and he did not require a gore-tex patch. Braden also never required ECMO support.

Braden stayed on the ventilator for a few days after his repair. We were able to hold him two days after his surgery. He was excavated the next day and was able to breathe on his own. He was able to eat by mouth and did not require an NG tube. He was slowly increased to full feeds. As a precaution he was placed on reflux medicines since many CDH babies experience reflux. His scar opened at one end; which required a seven-day treatment of antibiotics for an infection. Braden had a hearing test and an MRI before he was released. Mom and Dad were required by the hospital to take an infant CPR class and watch videos on Shaken Baby Syndrome. Braden experienced no major set backs during his CDH journey. He was definitely the rock star of the NICU!

Braden came home on March 25, 2008 after twelve days in the NICU. This is an incredibly short stay for a CDH baby. He came off all of his reflux medicines at two months of age. He is now seven months old and is doing remarkably well. He can light up the room with his smile and is the most delightful baby. He will always be our miracle and we are so blessed to have him as the newest addition to our family. 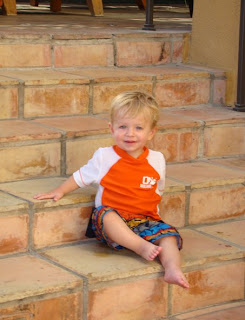