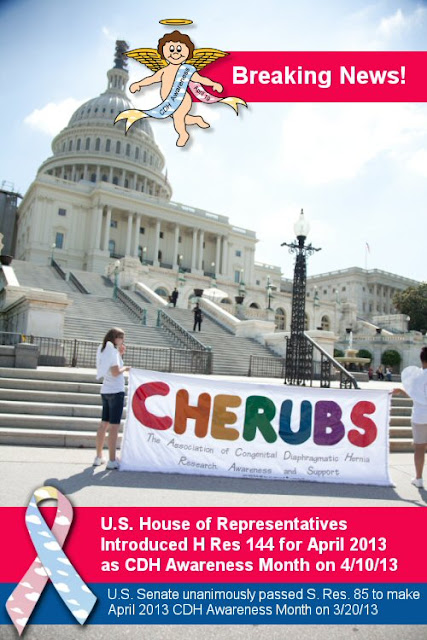 Congenital Diaphragmatic Hernia (CDH) affects 1600 babies a year in the United States, taking the lives of 800 children.  CDH occurs when the diaphragm fails to fully form, allowing abdominal organs to enter the chest cavity and preventing lung growth. The cause is unknown.  There is no awareness and very little research funding.